One of my favorite things in the world is the very specific, strange competencies that people develop over the course of a job. Carpenters might be able to estimate the length of anything just by looking at it, architects might be able to quickly sketch a remarkably accurate picture from memory, etc.

This post comes from one of those specific competencies. One of my friends in Boston is a bouncer at a busy bar. From his job, he’s gotten very good at spotting fake IDs.

This isn’t a skill a lot of people think about. Even bars don’t often think much about it. Most bars just employ a pretty cursory check of fake IDs: bend the ID to make sure it’s made from proper card stock, try to peel back the edges, check the picture against the person, and maybe quiz the person on their address. If they have the capability, the bars might try scanning the IDs as well, and see if the scan matches.

Good fake IDs will use the same card stock as real IDs. Their laminates won’t be able to be peeled back. Their photos will be photos that the person took themselves. Their data will be the actual data that the person inputted themselves, and the ID will be scannable. It’ll show that exact same ID’s data.

In order to spot a good fake ID, you have to be more clever than that.

Here’s how you do it.

Feel the edge of your actual driver’s license. You’ll notice it’s smooth with rounded corners. This is because your ID is laser cut.

The edges of a fake ID might be rough, or have little threads. This is the sign of a hand cut or machine cut ID. These are fake.

Laminate on hard plastic is difficult to do correctly. Fake IDs have come along way since the days where it’d just be glue-on laminate, but that doesn’t meant the laminate is perfect.

On your real ID, the laminate is almost unnoticeable, except for a slight glossy sheen. It ends at the end of the card, although if you look very closely at the edge of the card you can see two or three layers: the laminate, the card stock, and possibly another layer of laminate.

On fake IDs, the laminate is often not so well stuck on. The laminate gets folds or dirt underneath it, especially around the edges. It also frequently pokes a tiny bit beyond the edges, which you can see if you flash a light directly on the edges.

Even if the laminate is stuck on correctly, it’s difficult for fake ID manufacturers to get the same kind of laminate as real ID manufacturers. They use substitutes, which are often far too reflective. You can often see this extreme reflectivity on fake passports, too.

3. Check the raised and indented lettering

There are a few parts of your ID that have raised and indented lettering. In my Massachusetts ID, my birthdate in the bottom right is raised, and my initials and birthyear under my photo are indented.

This is difficult and expensive to do. Cheaper ID manufacturers might try to cheat it, especially the indented lettering. They’ll just skip the indent, making the letters in line with the rest of the card stock. You’ll be able to feel it with your fingers.

Holograms used to be a premium security feature on IDs. Unfortunately, that’s no longer the case. Most fake ID manufacturers have no problems with holograms.

However, they’ll still cheap out on the quality of the hologram. For example, on my Massachusetts license, there’s a hologram of a bird. It has a few features which are very difficult for a fake ID manufacturer to copy: a small cut-out eye, tiny lettering reading “Massachusetts”, and my initials and birth year embedded within it.

It’s rare that a fake ID manufacturer will be able to copy that quality of hologram directly. So they’ll try to cheat. They might just print the hologram directly on the card stock, hoping people don’t realize that it’s not raised at all. Or, they might give up on cutting out the eye.

Regardless, if you’re familiar with the look of the proper hologram, especially the way in which the hologram is raised and separate from the card itself, you’ll have no problem spotting when a fake ID manufacturer gives up on it.

Fake ID manufacturers are in the business of producing fake IDs good enough that an overworked bouncer or college kid who just spent his last $100 is satisfied.

What do both of those groups have in common? They really check the front of the ID, and skim the back.

Another very common security feature is the laser punch. It’s easier to see if you look at the back of your ID. You’ll notice tiny little holes, probably in the shape of your state.

To make clean, lined-up holes, you need an expensive laser. As you’ve probably figured out by now, that’s not something fake ID manufacturers tend to have.

So, they do their best with machine punching. This results in poorly lined up holes that might look messy or a bit scarred.

Do you remember when you got your photo taken for your license? They made you stand in front of a blank background. There was strong, direct light on your face, then they took a high quality photo.

This is not how people take fake ID photos. Their friends use their camera phone to take a photo in front of a blank wall. Then the fake ID manufacturers photoshop the photo onto the ID.

So, in a fake ID photo, there may be artifacts left over from the photoshop, like around the edges of the hair. There will likely not be shadows from strong, direct light. The photo may be poor quality or fuzzy. 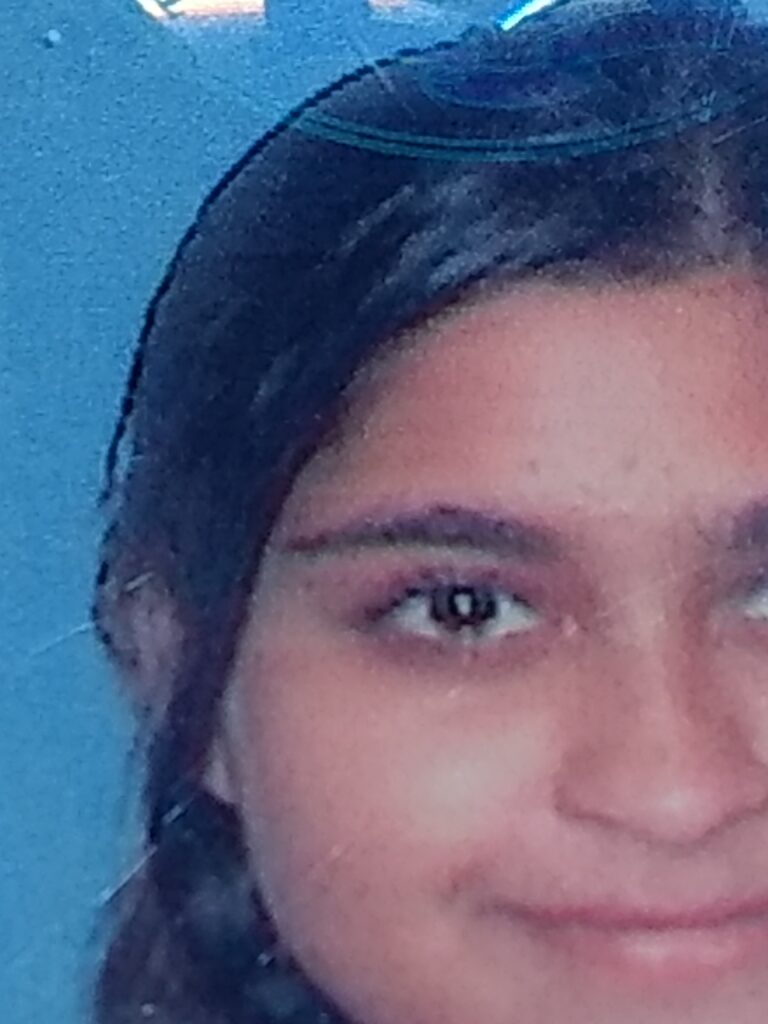 The edges of the hair are clearly photoshopped.

Fake IDs are better than ever before, driven largely the symbiotic needs of 19 year olds to drink in bars and American cities to fine bars for underage drinking. This is likely problematic, because it also means that non-underage drinking criminals also have access to incredibly high quality fake IDs.

But, these fake IDs are not perfect. Even if you’re unfamiliar with the look of an individual state ID or national passport, you can still spot a fake one. You just have to look closely.